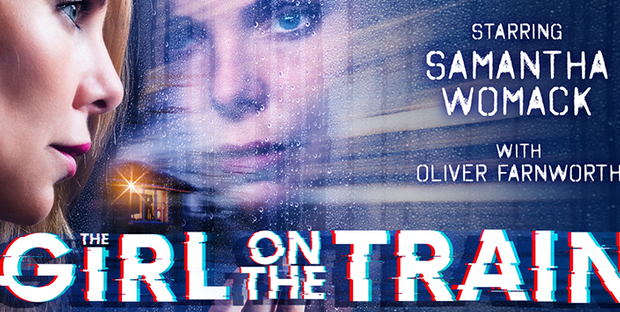 Based on the novel by Paula Hawkins, Birmingham’s Alexandra Theatre put on a performance of ‘The Girl On The Train’ tells the story of Rachel Watson (played by Samantha Womack) who catches daily glimpses of life from her commutes on the train as she travels to London for work. After becoming an alcoholic and losing her job, Watson continues to commute to London, and this is when she witnesses shocking events unfold in the back garden of a strangers house. A story of murder, betrayal and abuse puts our alcoholic protagonist is the focus as she tries to make sense of her befuddled thoughts to piece together the events of how the young girl Megan has gone missing and is feared dead.

Samantha Womack’s portrayal of Rachel Watson captures the bold, daring storyline that she performs while taking on all of the character’s drunken slurs as blunders through an investigation of her own making while being questioned by the police. While involving herself in this unravelling mystery that just keeps getting more and more convoluted, Rachel is shown to be obsessed with her cheating ex-husband and new wife blissfully unaware of its complications.  Samantha Womack manages to perform moments of amusement just as well as she does the darker scenes that dominate this play.

As the mystery unfolds, each character is questioned by the law and their moral principles are tested and with emotions running high, the story reaches the final ultimate thrilling climax.