Yesterday stars Jack Malik (Himish Patel) as a struggling singer-songwriter living in Suffolk whose dreams of fame and fortune are fading, despite the support of dedicated childhood best friend, come-manager, come-roadie, Ellie (Lily James). Malik’s bad luck continues when he is hit by a bus in a freak accident during a mysterious global blackout. Upon waking Malik discovers that the Beatles (among other random things) have never existed and he seems to be the only person to remember them. Performing songs by the greatest band in history to a world who has never heard them propels Malik to the global stage he has always sought .

Despite the potential offered by the outlandish high-concept premise this film presents itself firmly as a rom-com rather than creative drama or musical. While Yesterday definitely had the potential to tell a more original story it offers a compelling if less ambitious experience for viewers. This collaboration between Richard Curtis and Danny Boyle seems to be dominated by Curtis’ recognisable style of storytelling. This feature has a lot of heart but is somewhat formulaic. If you can overlook this fact however and take it as a somewhat origianal spin on the rom-com it’s an enjoyable if predictable ride.

Jack is a charismatic lead who is flawed but fundamentally easy to root for and Patel plays him well. Equally, the chemistry between Jack and Ellie is sweet and believable. Lily James showcases her acting range once more, creating a distinct character much more delicate then her last role as Donna in Mama Mia 2. The supporting cast of this film are equally strong with Ed Sheeran doing an excellent job of playing a caricature of himself. This performance was one of the comedic highlights of the film due to how straight he plays the role. Kate McKinnon plays Manager Debra Hammer in an amusing if unoriginal performance. Although she has some quick lines it feels to much that you’re watching McKinnon then a person in this world, Overall the cast is very strong and have clearly put a lot of effort into their performances.

For a film marketed on its music Yesterday perhaps felt lacking compared to recently released Rocketman. The songs Malik performs he does very well, but the music is not used as a tool to move the story forward as has been the case with other musicals based on famous artists. On a side note for those seeking a more original music focused Beatles-inspired film I would recommend Across the Universe (2007). Ultimately if you’re looking for a musical or high-concept movie you will be disappointed. However, if you take this as a rom com with an original premise and stellar cast there is a lot to enjoy. I would definitely recommend this film if you have a spare afternoon although if you haven’t seen it yet prioritise Elton John inspired musical fantasy, Rocketman. 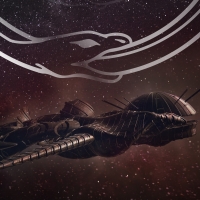 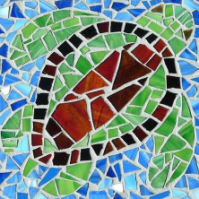