Tue 21st Jan 2020Fri 21st Feb 2020 Sophie Abel
De Montfort University was a very good disability orientated University; the whole campus was fully accessible and there was at least one lift always working in each of the buildings.  The only challenge was when fire alarms went off and I was on the upper floors of buildings. Although there were fire evacuation points, these were often blocked by chairs or sofas which defies the whole point of having evacuation points. However, when these and other issues were raised, DMU was quick to rectify it (which I suppose was the purpose of having these tests). There were many notions of disability at DMU in my third year and these are just two of them…

In the summer of 2018, I was contacted via email concerning a new DMUAble initiative, putting steps into action to be able to improve the accessibility of campus and the overall experience of disabled students at De Montfort University. Meetings would be made of disabled students that can influence changes and staff members who could make these changes and would take place in the new academic year. I was really interested in being a part of this new initiative especially after not being able to fulfil the Disability Representative role due to circumstances beyond my control. I really enjoyed taking an active role in improving disabled students life on campus and overall University experiences. I am really pleased this initiative is in place and will improve disabled students DMU experiences now and in the future.

All three of my years at De Montfort University I was an active member of the student union and took part in the student elections that took place each year. I ran to be Disability Representative as I believe in equal opportunities for all students and wanted to assist my fellow disabled students to seize ahold of everything, DMU has to offer and not to let it defeat them. I also aimed for DMU to accommodate all disabilities to enable their students to take part in anything, regardless of the ability and help them make the most out of their University life. 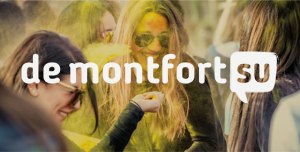 I have been a part of the student elections since my first year at DMU but in my final year on my degree, I did not run.
The re-election of the 2018 Student Elections that was planned never did happen. The Student Union was run by volunteers to smooth over the transition between student elections 2018 and the next student elections. When the decision of the re-election was first announced, the Student Union did offer all of the candidates involved support. However, the elections of 2019 were approaching fast and still, there was no sign of response regarding the 2018 elections and re-election, which I was really angered by. Receiving no news and no communication from the Student Union whatsoever I really started to lose confidence and faith in them as my hurt deepened. I tried to push it down but the hurt and the anger was always there.
The election of 2019 was coming up and I was at a crossroads, I had to decide whether I was going to run for the Disability Representative role in this year’s elections. Weighing up the pros and cons, I accepted that the third year was very difficult and running in the elections would just add to my stress. At the same time, I knew that the role was very important to me and I wanted it to be able to change student’s experiences of University. My inner debate went on and on and I couldn’t decide whether or not to participate.
After considering it, again and again, I made the agonising decision not to run in the student union elections 2019. Some of my friends asked me why I didn’t run and I couldn’t quite explain it to them exactly. I had completely lost courage in the Student Union and I felt I didn’t want to work with them anymore despite how painful not being able to have the role was. It was incredibly hard to see all of the new candidates running for the roles as well as reading the manifestos. Even more painful the fact I was not able to be a part of election week, however, I knew I had made the right decision as I needed to concentrate on my studies. Plus I knew my conscience was clear based on the previous year’s elections – I had done nothing wrong and I had run a strong campaign which led me to my strong victory.
While it still pains me to this day that I didn’t get involved this year, I made the right decision.
Read the full post here:
https://thelifeofsophieabel.com/2019/09/11/student-elections-at-university/

Overall I found the university and tutors well accommodating of disabled students. My only criticism would be of student-led organisations which I believe do much better in some circumstances.