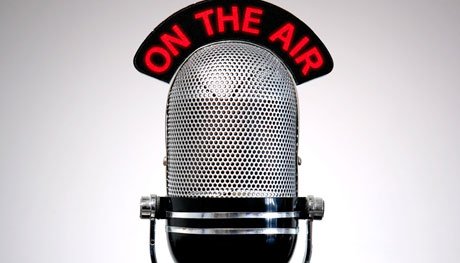 After I emerged myself in my studies, I decided to get officially involved with Demon Media.

Looking into the possible strands I could join, to see which one would best suit my timings and schedule, but also which one I would like to join and best express my personality.

After long consideration, I choose to join the ‘Afternoon Show’ in the hope I can present at least one afternoon a week.

Once I decided on the strand, I had to decide whether to present alone or co host with others. As I was a first year, I decided to co host, while I came to grips with the station’s facilities and got enough confidence. Following these decisions, I managed to secure a slot on a Tuesday afternoon, from 2 – 4pm.

It took me a while to get into it, but when I did, I was able able to use it as a way of expression and a way to build up my confidence being live on air.

My co – hosts and I were responsible for planning the content for our radio shows and distributing it through the two hours on a Tuesday afternoon live Demon FM.

After a few weeks we came up with the theme, “Throw Back Tuesday” where we played classics and hits from previous years. We felt it would be a fun theme as it captures the best of yesterday, with the best of today.

Alongside this reoccurring theme every week, we tried to make each one of our shows unique to the next.

We came up with different themes for each week and here are a list of some of them:

At the end of every show on Demon FM I left the studios feeling a great buzz and excitement. I enjoyed each show we were able to broadcast on Demon FM and I felt very calm and exited while I was presenting.

I actually felt like I was just talking to my friends within my bedroom as opposed to presenting live on a radio station which broadcast around De Montfort University and throughout Leicester.

I still couldn’t get used to hearing Demon FM jingles, throughout our shows introducing the channel the time and the news every hour.

As presenters, we were responsible for planning and creating our own content through the two hours while we were on air.

Alongside our show, we are also responsible for creating eye-catching content, linked to the segments in our shows to promote our show through Demon FM’s social media pages.

As part of our shows, we attempted to reach out to our listeners and allow them to request songs which we are to play or to comment and respond to subjects in our shows, causing them to interact with us.

For the first show of the new year, I was determined to throw myself into everything I did, both in class and out. My first mission of the year is to plan the first radio show on Demon FM.

As my co – hosts had took the lead as we planned previous shows, I decided to take the lead on this one. After writing down the basics that we needed to have in every show every week, I started to think about ideas we could have for the theme of the show.

Running with this idea, I decided to plan a number of segments around ‘Dry January’ doesn’t only impact on people’s lives, it impacts charities which depend on sponsorship and donations to keep running.

Struck with a sudden inspiration, I added a segment to our radio show, I decided to combine my work with Birmingham PHAB Camps and the show on Demon FM.

I felt I could create a strong case, I could talk about the charts, linking it to ‘Dry January’ and stress how important funds are to non – government funded charities to audiences members.

Along with this, it also allowed me to promote Birmingham PHAB Camps through the show and creates exposure for them which I know is very much needed.

I also wanted to combine these two things as both are very important to me and have impacted on my life.

I was lucky to acquire an interview with the chair – person which I would record and play during the show.

As Birmingham PHAB Camps is a Birmingham based charity and those who live in Leicester and who listen to Demon FM are likely to not know of the charity and what it is and how it operates, I planned the interview from an outsider, a true journalist.

When I did the research, I did put my own personal take on it ever so slightly, to try and make the questions as informative and be as un bias as possible.

I hoped people would get a lot of information from this one interview and would want to research the charity and donate.

I was able to manipulate the questions according to the answers I was given, and I felt this was a very important useful skill for a journalist to have and I found it particularly useful in this case.

I managed to get lots of content in this information in this interview and managed to enhance my skills while conducting the interview.

Hearing the final peace in its entirety, I felt a real sense of accomplishment in knowing the fact that I took the lead in putting this radio station together and secured this interview successfully which also benefited the charity I volunteer for.

Structuring this show, alongside others and being able to secure material and interviews for it allowed me to become more confident and reassured me that if I decided to go solo in my third year on a radio show I could create a strong show for the listeners of Demon FM.

To keep the dream alive, I now have a mini portfolio of all the radio shows that I was on DemonFM within my first year at De Montfort University and I will be sure to keep them all for personal use as well as the future employment.

I am so pleased that I joined Demon FM at the start of my first year and I will be sure to continue Demon FM throughout my second and third year at De Montfort University. I hope very much that I am able to build up my confidence enough to be able to host my own radio show on Demon FM and talk about the world of disability. 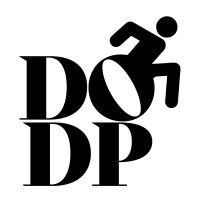