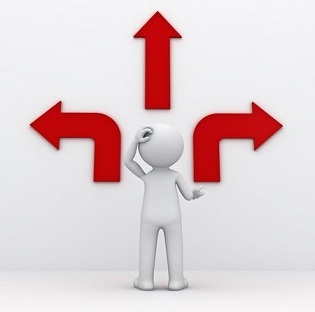 After receiving offers from all of my chosen universities, I had to make a very tough decision.

To help me with this decision I made a list of the positives and negatives of each choice. First of all I thought about the unconditional offers I received from De Montfort University and Birmingham City University.

After loving the open day and the courses at De Montfort University, I was really eager to go there and considered it highly.

Applying to study Creative Writing and Film Studies was a way of ensuring a place at De Montfort University.

I was pleased at being able to acquire a place on the degree but out of all the courses I’d applied for, I didn’t feel a particular pull towards the course.

Next I turned my attention to Newman University Birmingham. As this was originally my first choice I thought it through very carefully.

The university felt very familiar and it was small as was the study groups that we would be learning in. I felt reassurance in it being close to home, easy for me to get back to if need be.

However since the last time I visited the university, I had gone to view similar creative writing courses at De Montfort University and this had changed my prospective of things.

Though Newman University offered the degree as a single honors and De Montfort University’s creative writing courses were joint to other subjects, I found the course at Newman was outdated compared to the other.

The course at Newman University didn’t involve an online unit, which would be crucial for me in the future.

Deciding to keep it as a back up in case things didn’t work out, I ruled out Newman University as my first choice.

So this left my decision between Birmingham City University Media and Communications Radio, and Creative Writing and Journalism at De Montfort University Leicester.

Birmingham City University was higher up my list than last time before I decided to go to Southampton Solent University as I choose a slightly different course to last time – only having to do Radio as my major along with my choice of two other modules.

I admired the extent of the facilities on offer as well as the passion of the tutors. I had a good feeling about this course.

Then I considered Creative Writing and Journalism at De Montfort University. I loved everything about the university, the course and the experiences that were offered such as all the clubs and societies offered.

From the first moment I saw the university I got a strong vibe from everything there. I felt the vibe of a place was very important in making my decision.

Taking everything into consideration, weighing up the pros and cons of each choice, including my hopes and future career,

I made my final decision. I was going to study at De Montfort University Leicester – Creative Writing and Journalism!