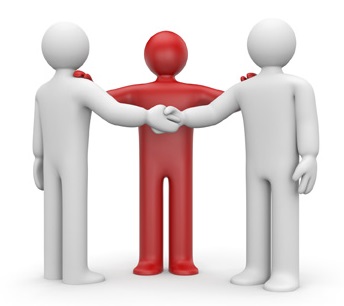 A few days after my PA/carer walked out, I received a knock on the door from my halls manager who explained it had come to a point where a mediation meeting had to be called.

I was asked to give a statement on what had happened over the last few weeks and why. In my opinion, there had been so many arguments between us all.

I thought doing this meant I would get everything off my chest and hopefully begin to feel better.

I had begun to feel so miserable about it all. However in the time between agreeing to participate in the meeting and the meeting itself I began to worry and doubt what I had to say would actually make sense.

I wasn’t even sure it made sense to me. Why on earth where we all arguing and how on earth did it start?

The night before the mediation, one of the girls was constantly calling and messaging me, requesting I call her.

Based on my relationship with this girl I chose not too, but the relentless calling and messaging continued so much so, that my morning carer and my friend advised me to answer – but to put the phone on loud speaker so if things turned nasty, then the call and exchange between us could be recorded.

This is exactly what happened. I answered the phone and the girl let rip, shouting at me and accusing me of all sorts.

I began to laugh whilst on the phone with her however she and mistook this for me crying and carried on insulting me. Before I had the chance to respond to her, she ended the phone call.

The Mediation meeting started late. Surprisingly two of the girls had brought a parent with them, both my friend and I felt frustrated with this but we didn’t let this stop us from feeling strong in what we had come to say.

Before the mediation had even started we had felt we were at an unfair disadvantage as the two girls had already spoken to the halls manager and we were clueless as to what they had said. It was an extremely awkward situation to say the least.

The mediation grew increasingly difficult. There were arguments and disagreements and lots of bitchiness.

Some of the disagreements seem petty now, but at the time they were so important. We decided to play the phone recording that my carer had recorded earlier as proof of what had gone on.

The phone recording was met initially with silence but it shocked everyone, especially the girl who had been so abusive to me.

She began making excuses for her behavior saying she had a bad weekend and had just snapped when she was on the phone to me.

This made me furious. We have all had a bad weekend and have been stressed from things – nobody knows what’s going on in anyone’s lives, it doesn’t excuse bad behavior.

The meeting didn’t get much better, I think everyone just wanted it to be over, but I don’t think the halls manager knew what to do with us all.

In the end we all agreed to go our separate ways and leave each other alone. We were all asked to sign a contract that agreed to this.

Each of us signed the contract, although I couldn’t help feeling that it hadn’t really resolved anything, the feeling of the drama not yet being over.