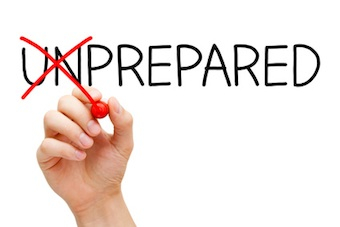 With September approaching ever nearer, we travelled to Southampton many times to make sure everything was in place.

This was a very important time and a lot of preparation was required to put everything into place. We needed to give ourselves plenty of time and opportunity to make sure everything was arranged.

As I required both personal care and academic support, a lot of people had to be involved in the process, meaning the attendance of many meetings.

Most meetings required the attendance of the disability support team at the university; my parents, the course tutors and an Ask Jules representative together with my head support officer.

This was so all the components were laid out and the hand over from Sixth form college to University was as smooth as it could be. The meetings were well organised and detailed; allowing each of us to go away and complete jobs without being to overwhelmed.

This also gave each side of my support team a clear idea of which party was responsible for each task. As some of my personal needs would affect me in class, the course tutors had to be briefed on them so they would understand.

At first I was reluctant to tell them, however with each meeting we attended I became more confident about letting them know about my needs.

Another thing that made me more confident in attending Southampton Solent University was the fact that Ask Jules told my parents and I that they have previously worked with the university with other students and had nothing but praise for the university, telling me the university is always willing to help me with anything I needed.

In all, I was very excited to attend Southampton Solent University in September 2014.

We decided to choose the third applicant; although she lacked carer experience we felt our personalities matched she also had the appropriate amount of media knowledge and experience.

As well as this she was currently working in Southampton,  and so I hoped she would know the best places to have fun in Southampton.

To get to know each other before I started University in September, Ask Jules arranged for her to come and stay at my house for a few days to observe my care routine both in the day and at night.

This allowed her to see first-hand what I needed and what was expected of her; it also allowed her to be coached through some of the aspects of my care she was unfamiliar with.

Getting to know her before moving into University was a relief as I got to know her as a person and I was able to feel reassured that she had a clearer idea of what care she needed to do when we were left to do it alone.

We were able to get to know each other and see what we had in common. This allowed me to feel less anxious about this new person who I was going to be working with and spending so much time with during my first-year at university.

Another advantage to this training period meant my parents were able to get to know her too and establish whether they thought she would be suitable to fulfill the job role.

It meant if the PA or I felt uncomfortable for whatever reason, we could speak to one another and talk things through and if necessary we could ask the agency to assist in getting the matter resolved. This was a relief as we could get any problems resolved before I started at University.

Luckily, following the training period, we all agreed that the PA was a success and we would like to continue with the person for my first year at Southampton Solent University.

1 thought on “Preparation For University 2014”